On October 10, 1917, the single greatest loss of life occurred in Irish waters when a German u-boat torpedoed the RMS Leinster mail boat on the Kish bank, just fifteen miles from Dún Laoghaire. World War One ended only a month later on November 11, 1917.

501 people perished in the tragedy. Not all the victims were soldiers or military personnel, as hundreds of civilians, mail workers and ordinary working class people from Dún Laoghaire and Holyhead died. Only 267 bodies were recovered.

Next year, October 10, 2018, will be the centenary of the tragic sinking of the Leinster and the greatest single loss of life in Irish maritime history. This morning, wreaths were laid at the Leinster anchor memorial on the seafront in memory of those lives lost 99 years ago today. The Maritime museum ha an open day with tours and talks.

Plans to mark next year’s anniversary of the Leinster’s final voyage are well under way. I hope we remember all those who cruelly perished in the Irish sea with the dignity and respect they deserve in 2018. 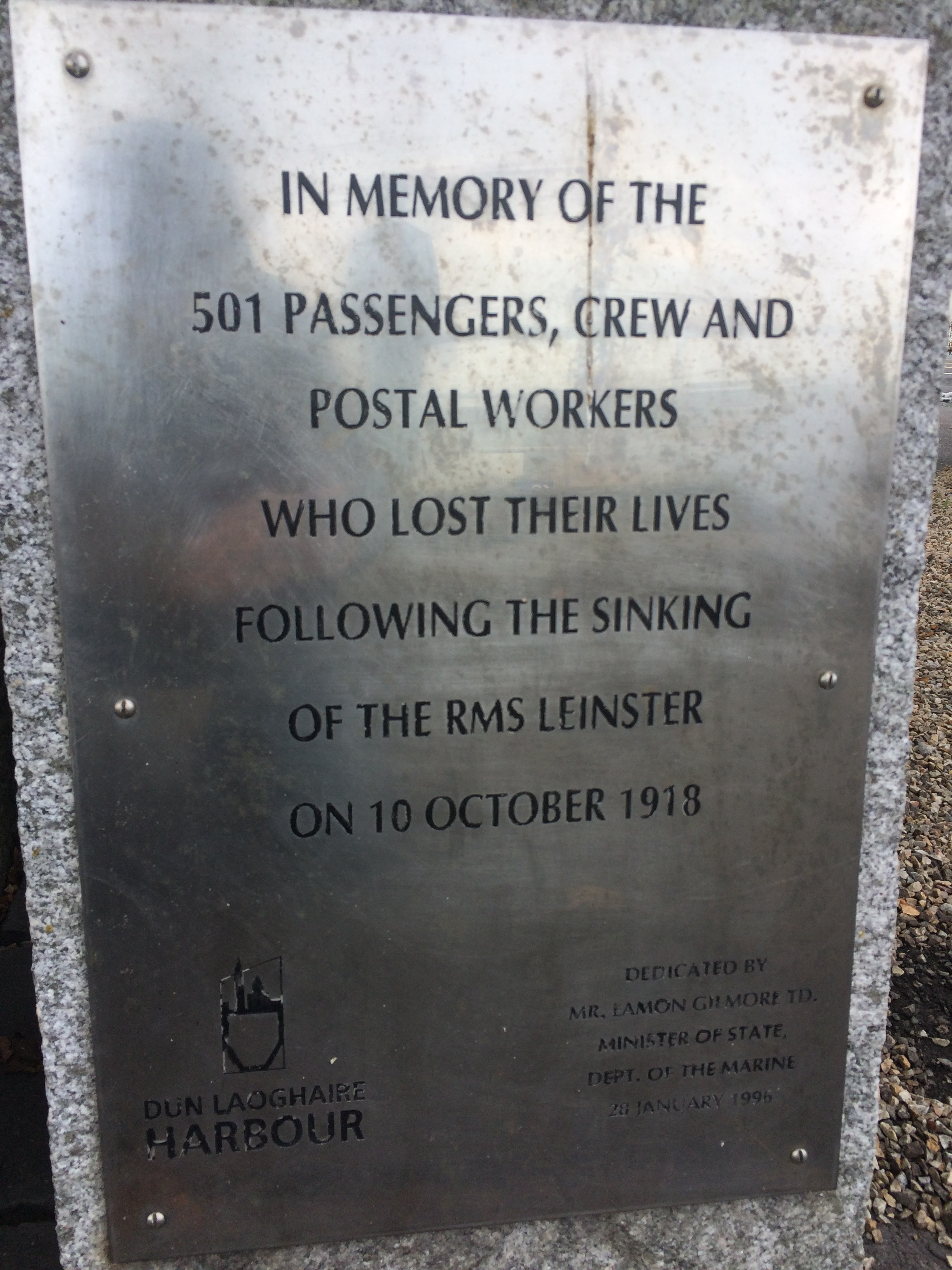