Shot in Enniscorthy, Dublin, Montreal and New York, some scenes were captured in the breathtaking 18th century demesne Cabinteely House, which opens its doors this week for free guided tours as part as the inaugural Winter of Heritage series of events.

Saoirse was pictured outside Cabinteely House by the Irish Independent wearing a stylish 1950s outfit. 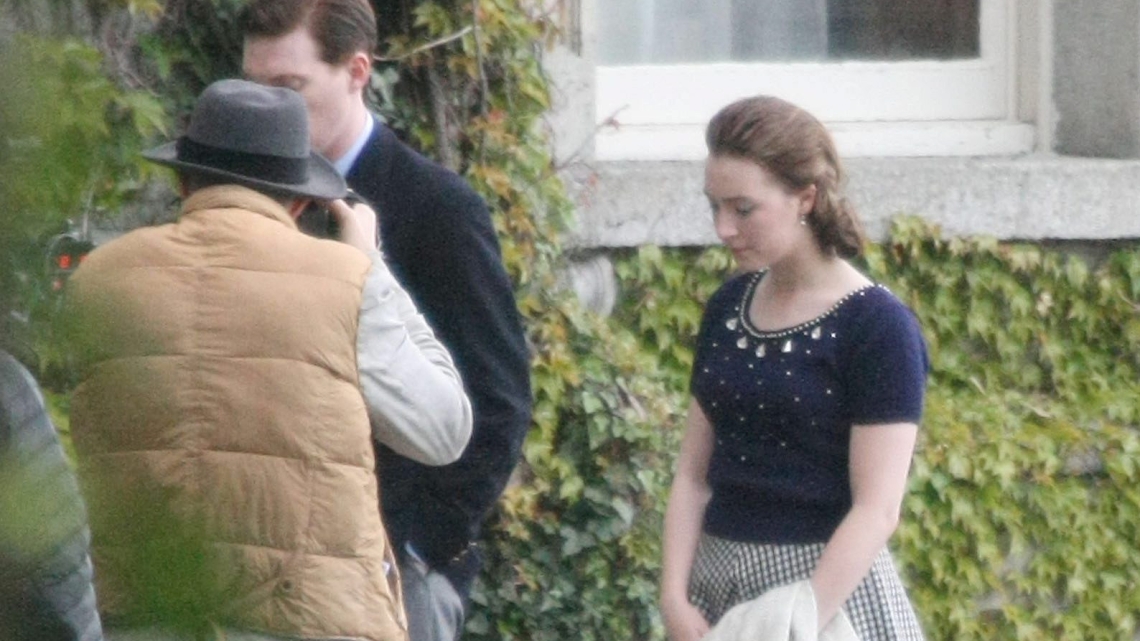 Brooklyn is just one of numerous movies that have used Cabinteely House as a filming location. Albert Nobbs staring Glen Close, Brendan Gleeson, Jonathan Rhys Meyers and Antonia Campbell Hughes, is yet another Oscar nominated picture to choose Cabinteely.

Brendan Gleeson is certainly no stranger to Cabo, as the audacious art heist scenes in The General, in which Gleeson played Martin Cahill, the infamous Dublin crime boss, were shot in Cabinteely rather than Russborough House, where the actual robbery of Thomas Gainsborough’s Madame Bacelli, Vermeer’s Lady writing a Letter with her Maid, and other priceless paintings, occured in 1986.

Other productions shot in Cabinteely House include the BBC series Ripper Street, The Ambassadors, Rebellion, Penny Dreadful (starring Eva Green and Josh Hartnett) and many, many more.

Location of the Month: Cabinteely House in Dublin. One of the main locations for ALBERT NOBBS in cinemas today http://t.co/HZ0eZoHx

You can get glimpse of Cabinteely House for yourself, and follow in the footsteps of Hollywood stars Glen Close and Saoirse Ronan, by participating in one of the free guided tours that begin this week for the next four weeks.

Tours take place on Tuesdays and Saturdays at 11am, 12pm, 1pm and 2pm. Booking not required, but the capacity is limited to 30 people per tour, so first come, first served.

You find out more about Winter of Heritage here.