Martello towers are one of the most distinctive features of Dublin’s coastline. The Sandycove tower briefly housed a young James Joyce and famously inspired the opening chapter of his modernist masterpiece Ulysses, which is widely considered to be the most influential novel of the 20th century.

Fast forward to the 21st century and a new album by Hope Sandoval and the Warm Inventions is a perfect soundtrack for a bracing walk by the seaside. Entitled Until the Hunter, it was recorded in the Martello towers in Sutton and Dalkey last winter, which makes it the first album I’m aware of that was fully recorded in a Martello tower. Apparently, U2 did some demos for The Unforgettable Fire in the Bray tower when it was owned by Bono, but the album itself was committed to tape in the ballroom of Slane Castle and Windmill Lane studios by Brian Eno and Daniel Lanois.

Sandoval sings in Mazzy Star, and has also guested on some amazing songs by Massive Attack and the Jesus and Mary Chain. The former incidentally have just announced a comeback album due in March. Co-founder of the Warm Inventions Colm Ó Cíosóig grew up in Dún Laoghaire and played in a few bands when attending Coláiste Eoin on the Stillorgan Road, including a band called the Complex with Liam Ó Maonlaí, who later formed the Hothouse Flowers.

After meeting Kevin Shields at a karaoke tournament in south Dublin, the pair became inseparable best friends and went on to form My Bloody Valentine in 1983. After a few years gigging around Dublin they emigrated to the continent to play shows in Holland and Germany. Eventually, they settled in London and met bassist Debbie Googe and singer and guitarist Bilanda Butcher. My Bloody Valentine became one of the pioneers of the so-called ‘shoegaze’ movement (two of their albums made the one and four spots in Pitchfork’s list of the greatest shoegaze album of time) and one of the most revered and influential bands in the world. Their 1992 album is still considered by many to be the best Irish album of all time and one of the finest of the 90s. 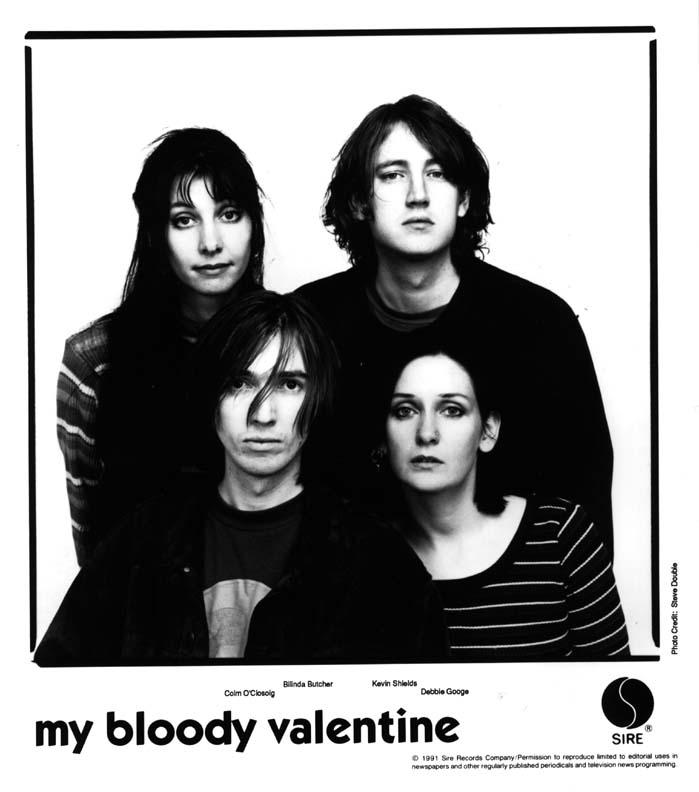 I spoke to Colm and Hope before Christmas for a feature published in The Irish Times. Some of the quotes that I didn’t have space to use make for very interesting reading.

I detected a strong maritime theme in the album’s lyrics, which is hardly surprising considering they made it by the sea. One the track titles is entitled ‘Salt of the Sea’.

“There is definitely a strong maritime theme,” Colm Ó Cíosóig agrees. “The album’s gatefold sleeve is a picture of the sea. We were in these towers by the ocean, and it seemed to inform our mood from just being there, I guess. It just seeped in. The mystery of the ocean is always very inspiring. It is the biggest organism and entity on the whole planet. There are all those wonderful stories of whales and sharks living for centuries out there in the deep.”

As regards the differences between the Sutton and Dalkey towers as acoustic spaces, the Warm Inventions found that the less furnishings were in the building, the better it would function as a studio. “The one with less furniture sounded better because it had more reverb,” Colm said. “There was a lot of clean flat metal surfaces that I had to put drapes over just to stop the reflections.  One of them had a kitchen in the living room, and the kitchen intruded on the sound.”

Hope Sandoval told me about recording the album’s haunting nine-minute long opening track ‘Into the Trees’. “I just got an organ shipped over from Germany and the first time I ever played it was in the Dalkey tower,” she said. “We had a really crazy jam session very late at night. The organ sounded amazing in that room. Colm was going from really wild drums to really slow, hypnotic percussion.”

You can hear that brilliant track, and the whole beautiful album, right here: