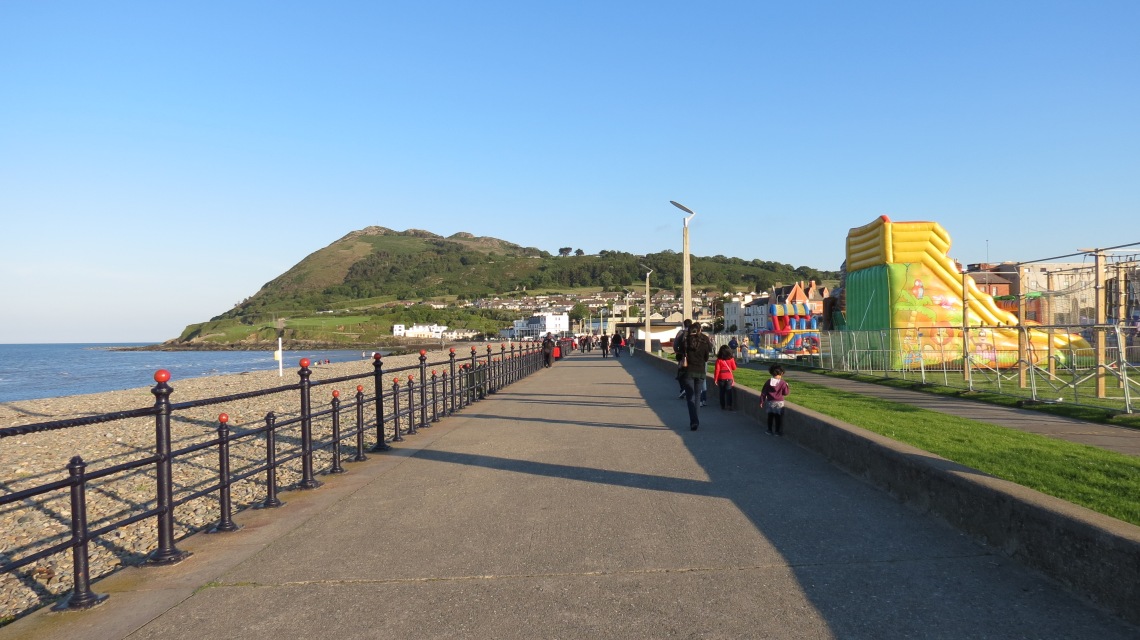 What do Bray and three of the biggest bands of all time have in common?

First up, if you don’t know it, a brief introduction is necessary: Bray/Bré is derived from the Irish word for hill. It is a large seaside settlement in North County Wicklow and the ninth largest town in Ireland. Aside from its famous seafront promenade that many have likened to Brighton, it has given the world Olympic boxing champion Katie Taylor, comedian Dara Ó Briain, and a string of musicians including Maria Doyle Kennedy, Hozier and Fionn Regan, but Bray’s musical heritage and history goes even deeper, as it can arguably claim to have inspired two of the greatest albums of all time; namely, Disintegration by the Cure, and Sergeant Pepper’s Lonely Heart’s Club band by a certain Liverpudlian beat combo who changed the world.
In early 1987, Robert Smith and the Cure decamped to Bray to shoot a video for their single ‘Why Can’t I Be You?’ with director and Tim Pope in Ardmore Studios, which at the time was owned by American actress Mary Tyler Moore.
The Cure’s biographer Jeff Apter claims ‘Why Can’t I Be You?’ features “some of the most poorly choreographed dancing ever seen on MTV.” Robert Smith dressed up as a bear and a woman, Simon Gallup as a crow and Morris dancer, Porl Thompson wore a kilt, Boris Williams a school uniform, while Lol Tolhurst blackened his face (doubt that’ll be done nowadays) and sported a bumblebee costume. Pope referred to the clip as “the video I’ve always wanted to make.”
Around this time, Robert Smith started spending a lot of time in Ireland, especially on the South Dublin and North Wicklow coasts.“I came over in 1986 for a few weeks’ break and ended up spending a year-and-a-half there,” he told Stuart Clark from Hot Press. “I rented a cottage just outside Dalkey – it’s beautiful down there. I used to walk back along the DART line, that’s the only way I could find my way around. I went to Ireland on holiday a lot when I was very young because of my grandparents’ family connections. I was reconnecting with that.”

I am reliably informed that in an old interview with Melody Maker or NME on the release of Disintegration, Robert Smith revealed he wrote a lot of the lyrics for the album in a crumbling old hotel called The Bray Head on the seafront. I haven’t been able to find the interview in question, but it makes complete sense.

The Bray Head Hotel is still open for business and looks and feels like the kind of place an Alfred Hitchcock movie could be set in. Disintegration became one of the Cure’s signature albums and a huge global hit on the back of the singles ‘Lullaby’ and ‘Lovesong’.

There are numerous references to the sea and the elements in the lyrics, so Bray clearly informed and inspired Smith’s songwriting. Some consider it to be depressing, but – to my mind at least – Disintegration is very beautiful and romantic album and ‘Pictures of You’ is one of the most romantic songs ever in my book. Disintegration is up there alongside Seventeen Seconds, Faith and Pornography as the Cure’s best, and the latter is a far bleaker album.

This isn’t Bray’s only musical claim to fame. In the 1950s and 1960s, before the aviation era took off, Bray became a very popular seaside resort, especially amongst Liverpudlians, as Liverpool was a short cruise across the Irish sea and a very Irish city. Bray’s bandstand regularly hosted performances from Sergeant Pepper’s Big Brass Band.

Widely considered to be the first concept album of all time, Sgt Pepper was a fictional character that the Beatles built a narrative around. While it is just local speculation, there appears to be a lot of credence to the theory that the Bray bandstand house band partially inspired arguably the best known album of all time. Incidentally, the legendary circus owner Pablo Fanque, who is immortalised in ‘Being for the Benefit of Mr. Kite!’ from Sgt. Pepper, performed in nearby Dún Laoghaire for one week in 1850.

And there’s more…the cash and carry near Bray railway station used to be a ballroom called the Arcadia, which back in the day hosted live shows from The Who, Roy Orbison and the Everly Brothers. It is just another example of nondescript old venues around Ireland hosting historic concerts. In the 1980s, the Smiths honoured their Irish roots and heritage by playing community centres in off-the-radar towns like Letterkenny and Waterford. The Ramones played an old cinema in Phibsboro. Two members of the audience that night went on to form their own bands: U2 and My Bloody Valentine. Bono also wrote ‘The Miracle of Joey Ramone’ about the experience.

Anyway, back to beautiful Bray. Next time you stroll the seafront, ponder the town’s place in musical history. And if you haven’t any plans to – just do! They’ve just opened an open air spa on the North beach close to the Harbour Bar, which Lonely Planet has called the best bar in the world, so you’ve no excuse. See you by the Brayside for a pint of Wicklow Wolf Harbourmaster with Robert Smith.

Hat tip to Bray boy Aidan Coughlan and his great feature: 47 Things Bray Has That You Simply Won’t Get in Dublin